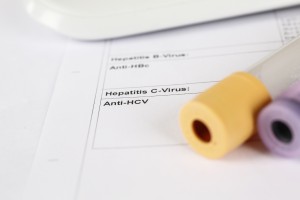 I was reading about a dramatic increase in cases of Hepatitis C in Maine, a state that, like the rest of the Northeast, has been hit hard by IV heroin use. Local experts claim that it’s following a familiar pattern: Onetime users of prescription opioids turning to the cheaper and more available alternative as their dependence escalates. They often begin the switch by smoking the heroin and move on to injection use as their withdrawal symptoms worsen. By this point, of course, their use is largely “medicinal,” to stave off withdrawal and to feel “normal” once again. It’s no longer for the euphoriant effect, which may be a dim memory. But once this regular IV pattern is established, the user is exposed to infectious disease on a pretty much continuing basis. And Hep C, like HIV, is one possible outcome.

It’s a good illustration of the trickledown effect of a drug epidemic– the ones that linger long after the epidemic itself may have ended.

Hepatitis C is a chronic disease whose symptoms often show up later in life, and sometimes go unrecognized for many years, including long after drug use itself has ceased. Addicts tend to underestimate the dangers. “It’s a lot worse than people think it will be,” says one former user, now clean more than ten years and in treatment for liver disease. “Worse than I imagined, that’s for sure. It’s not just the physical stuff, I’m now fighting depression that the doctors say is related. On meds for that, too. You’re supposed to get better once you quit dope, aren’t you? I did for a long time. But now I feel as bad as I did way back when.”

By the way, when we read that someone’s Hep C is acute, that only means it’s not been that long since initial exposure. Most acute cases go on to become chronic.

The good news: As you may have heard, there now exists a remarkably effective treatment for Hepatitis C. It features a cure rate as high as 90%. But it’s also remarkably expensive. I’m told it’s not particularly unusual for a course of treatment (a medication) to run $100,000.  Of course, that draws attention from the cost containment folks in government and at the private insurance firms. If it’s covered at all, there may be restrictions placed on access to it.

I asked one liver specialist why wonderful advances such as this one seemed to cost so much. “Because somebody needs to make money,” he replied. The actual cost of production is usually negligible. But then there’s distribution costs, and the vast expense of a professional marketing campaign…

Another familiar pattern, I guess.