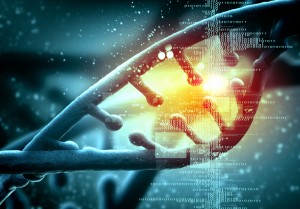 It’s early days yet, but we may have seen a real advance in the effort to identify a genetic risk profile for alcoholism.

A research team at the University of Indiana and another in Germany have found a panel of just 11 genes that seems to reliably differentiate persons who have alcohol problems from those who do not. The results appeared to hold up in three distinct patient populations in the US and Germany, and including both genders and two separate ethic groups (Caucasian and African-American), according to Alexander Niculescu, principal investigator and associate professor of psychiatry and medical neuroscience at the Indiana University School of Medicine.

There are of course a host of environmental factors that affect the appearance and development of alcoholism, but there would presumably be a real advantage to a genetic profile that pinpointed populations at special risk. The goal, of course, is a simple genetic test that would help us make important decisions about alcohol use, based on our presumed vulnerability.

Dr. Niculescu noted that some of the genes among the 11 have also been related by research to vulnerability to cocaine addiction, as well as a host of other complex illnesses, such as bipolar disorder, schizophrenia, and anxiety.

For the more science-minded, here’s a more complete discussion.

For the rest of us, here’s a basic intro to alcoholism genetics.

How close are we to a reliable genetic test that would identify risk in an individual? Answer: Not very close. There’s still much work to be done, because good science requires it. And we all want the science behind genetic testing to be as close to perfect as possible.

Nonetheless, this does appear to represent something of a leap forward in the search.