Many new programs are started in the hopeful expectation that they’ll become self-supporting within a few years. 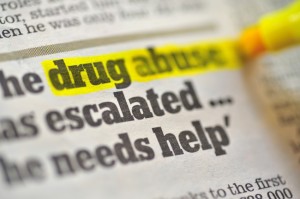 It’s ironic that even after decades of serious attention to the problem, the US still hasn’t met the nation’s needs in terms of genuine access to treatment.

I think in part that’s because we haven’t made up our collective mind as to whether addiction should be addressed through the healthcare, social services, or criminal justice systems. As a result, we tend to spread thin our limited resources.

Healthcare approaches ordinarily emphasize involvement of medical practitioners, and reliance on new or existing medication.  Where we have no cure– which is often the case in medicine–  strategies aim at symptom relief, minimizing harm, and compliance with med regimens. For instance, there’s the current push to encourage physicians to prescribe buprenorphine in their practice.

Social models, on the other hand, tend to focus on societal ills– poverty, homelessness, unemployment, lack of access to services, among others– in the belief that by improving the quality of life in the community, demand for drugs will be reduced.

Criminal justice models split over rehabilitation and prevention approaches versus punishment and deterrence. Rehab programs for offenders are viewed with suspicion by some members of the public, who are quick to demand a return to punishment if results don’t arrive soon enough.

There are hybrids that combine elements of all three approaches. One example: A court-supervised program where selected opiate offenders are placed on Suboxone, closely supervised, and assisted in taking advantage of other services (education, mental health, childcare, vocational, housing, etc). It’s the combination that seems to make the difference. Still, some offenders can’t (or won’t) stick with such programs, and eventually wind up back in jail.

I’ve seen a number of promising efforts fall victim to political and budgetary realities. Some were started in hopeful expectation of becoming self-supporting within a few years. That might be magical thinking on the part of government or even entrepreneurs. I’ve been called in to help several such programs find inventive ways to sustain themselves when the grants ran out. It takes planning and management– and that’s something clinical programs struggle with.

From a purely demand perspective, the opiate epidemic is an example of a nationwide problem that can only be successfully addressed on the local level. An effective national strategy would both encourage and support local initiatives, ensuring that communities monitor them in terms of quality of programming and standards of administration.

I know what you’re thinking: Easier said than done.