If by chance the patient didn’t fit the physician’s preconception of an addict– he or she was a respected member of the community, for example– then the doctor often fell into the enabler role. 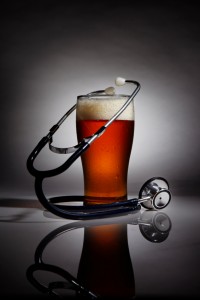 Some of the quotes gave me a weird sense of being back in the 80’s during the era of “Just Say No”.

But was I surprised to hear such opinions voiced by a respected physician? Not at all. I’ve heard far worse. And I’ve long wondered about the origins of unscientific views held by otherwise competent doctors.

You’ve no doubt encountered horror stories of physicians involved in celeb deaths, like Elvis and Michael Jackson. As one doc explained to me, he knew he was feeding an addict’s habit, but figured if he didn’t  provide the drugs, the addict would just find them on the street, in more dangerous circumstances. It’s a convenient rationalization that ignores the reality that the doc isn’t actually ‘giving’ the drugs away, he’s selling them, using the insurance company as payer.

I don’t have any straightforward proposal for remedying this, other than to acknowledge that many competent physicians are perhaps the worst people we can go to for advice about our own situation or that of a family member. So when someone asks me for guidance, I take care to point them to a physician or practitioner who genuinely knows something about the subject.