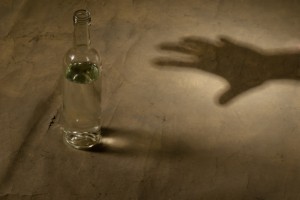 Compulsion is ordinarily defined in terms of an irresistible urge to behave in a certain way, even against your conscious wishes. Compulsive use of a substance is characterized by the potato chip syndrome– once you begin, it’s increasingly difficult to stop. That’s followed by loss of control and from there on to continued use in the face of mounting problems. Thus the 12 Step maxim about one being too many and a thousand not enough.

When your substance use is compulsive, it’ll be easier to abstain altogether from certain substances than it will be to do a little bit, reassert control, and stop. There may be periods of apparent remission in this process, but sooner or later, signs of addiction re-emerge. It’s mostly a matter of time.

Given that simple reality, abstinence is the logical remedy. But alcoholics and addicts are reluctant to renounce substances. As far as they’re concerned, drinking or drug use still ‘work’, on some level. Or at least there’s a fund of memories from the good old days when it did.

Every addict is tempted to search for an easier, softer alternative to abstinence. And there are plenty of folks out there willing to support that effort.

It’s something of a Holy Grail in the pharmaceutical field: A medication that will restore the addict’s control over substance use. Same with behaviorists: They’re convinced it’s just a matter of coming up with the correct protocol for reconditioning. Psychotherapists are often willing to help alcoholics ‘understand’ the causes of their drinking, presumably as a path to restored power of choice.

Do these strategies work? For a while, perhaps. Where they do, it’s generally with those whose addictions can be characterized as comparatively mild. With more severe cases, they tend to bounce off, the way the alcoholic’s own efforts did.

This does little to dampen the enthusiasm for further attempts. Few of us are ever as dedicated to a goal as the addict is to seeking an alternative to abstinence.