I compare it to finding someone lying on the sidewalk, helping them up, brushing them off, and pushing them down again. 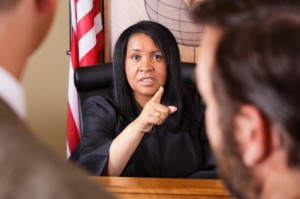 There’s a contentious debate in Massachusetts over the involuntary commitment of drug users. Sometimes they go to treatment and sometimes, if treatment isn’t available, straight to jail. Easy to see how that could generate lots of discussion, not all of it friendly.

Coerced treatment, particularly in the absence of a criminal charge, has always been a bone of contention. It could be because someone is abusing  the law; I recall a situation in Texas several decades ago that permitted commitment of a family member with a drug problem to a hospital for a 72 hour observation period. I believe all that was required was a psychiatrist’s signature on the commitment order. Of course after discharge from the hospital, the family received a bill of some size. As you might imagine, this was not popular with families, surprised to find how much they suddenly owed.

The article goes on to mention adverse effects on the patient, perhaps forced detox without appropriate meds, or from unsafe conditions in the institution itself. Those are legitimate concerns. As one individual complained: “If you’re going to force people into treatment, that’s fine, put them into treatment… [but] You can’t just rename a prison or a section of a prison and call it treatment.” No, you can’t.

You can however operate a quality treatment program inside a correctional institution and separate  from the general prison population. If having completed the program, however, you return someone to Gen Pop, you virtually guarantee a quick return to old habits. I like to compare it to coming across someone lying injured, helping them up, brushing them off, and then pushing them down again.

This is even more of an issue now that we’ve entered a “third wave” of the epidemic. With the advent of fentanyl and carfentanil, and the escalating risk of unintended fatal OD, it’s hard to deny it’s a genuine public health emergency, comparable to the AIDS crisis. That changed reality may well alter our thinking about individual rights versus the public good.

I won’t take sides, except to note that as long as we commit people to correctional settings without the backing of a clear criminal charge, we should expect vigorous objections. If on the other hand we are able to provide the coerced client with real treatment in real treatment centers, we might actually do some good.