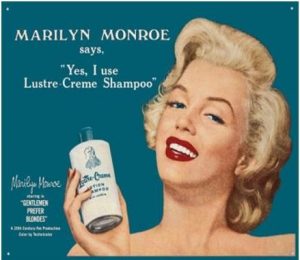 Two recent articles featured in the New York Times have discussed treatment for depression: One extolling the value of microdosing with LSD, the other promoting electroconvulsive therapy.

Both fit into a category that I would call “Celeb Testimonial.” They usually accompany the release of a  book or film or Lifetime TV movie. Here’s the piece on LSD.

And here’s the one on ECT.

The problem with this form of advocacy is that it relies so heavily on the reader’s faith in celebrity. As in, “somebody famous said it’s true, therefore it must be.” That doesn’t necessarily follow. Plenty of famous folks have thrown their prestige behind various remedies that later failed to meet expectations (sometimes failed miserably). Almost all of them quoted research in support of their experience. It just wasn’t very accurate research.

I’ve heard it argued that daytime medical TV shows are mostly advertisements for therapies or treatments of questionable value. Still, some viewers swear by what they learned. You can’t tell people not to watch. You can tell them to listen skeptically.

On that subject, is there much evidence that microdosing with LSD could help someone who was depressed? Not a lot. Advocates blame that on restrictions (with justification) but as things stand, using LSD to treat depression is still unknown territory. Which doesn’t prevent patients from seriously considering it, often without medical supervision. In fact, even though I’m not recommending microdosing with LSD, there’s someone right now who’s frantically searching for a willing practitioner.

The evidence is much stronger for ECT as a treatment for certain severe or treatment-resistant forms of  chronic depression. There’s an overview here.

ECT still has a bad rep, mostly based in an era when it was overused and often clumsily performed. I witnessed it perhaps a dozen times in hospital settings during my student years. The use of general anesthesia and improved safety techniques has made it safer. Still, in many cases ECT is a short-term fix for what amounts to a very long term problem. That means repeat treatments. It’s ordinarily recommended as a last resort, or in certain situations where suicidality or psychosis elevates the risk to the individual.