One of the key ingredients for a drug epidemic is a false sense of confidence in the safety of drug use. 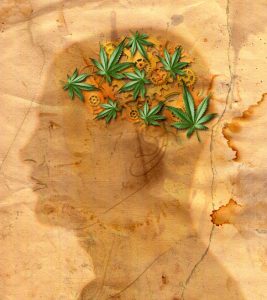 I was surprised to see this article in the New York Times on the health hazards of marijuana use– not  because I wasn’t already aware of them, but because this sort of piece runs counter to the current climate when it comes to a discussion of cannabis, especially legalization. You just don’t see arguments along these lines in the popular media.

The author is a former NYT reporter and a successful novelist, so he’s perhaps able to set forth the issues more clearly than I have. Nonetheless, they’re similar issues. And they lead to the same question: Why isn’t the public paying attention?

Meanwhile, as drugs go, cannabis is definitely trending up. More people are using it, in a variety of different forms, including new technology such as vape pens. It’s become Big Business. And as the article suggests, the stuff that’s in use today is a whole lot stronger than it once was. And apparently becoming stronger still.

Of course, people who work in the addictions field tend to take a philosophical approach towards changing patterns in drug use. One counselor refers to them as “fads”, akin to high fashion. Addiction clinics know that whether a substance is legal or illegal, we’ll find many of the same folks out there in the waiting room for help. That doesn’t change.

Several experts have noted that a key ingredient in the mix for an epidemic is a false sense of confidence in the drug’s safety.

That’s usually the result of misinformation, backed by authority. In the ’70s, a number of experts declared cocaine to be largely risk-free, comparable to the weak strains of marijuana available at the time. It helped make the public overconfident . Same for the healthcare community: that’s why we were so utterly unprepared for the explosion in the number of persons seeking help for cocaine addiction.

We were forced to revise our treatment protocols, rewrite our patient education programs, redesign our continuum of care– even change the definition of addiction itself to reflect the reality of cocaine, which didn’t fit the classic model of physical dependence.

My point: Given what experts “knew” to be true at the time, a full-scale cocaine epidemic should never have happened. Unfortunately, the experts were wrong.

You’ve no doubt read about how misinformation fed to physicians lulled them into a false sense of security about the use of prescription opioids for chronic pain. Unlike with cocaine, however, opioid use was supported by an organized campaign with deep roots in the pharmaceutical industry and in politics. The strategy was the same: Convince people to relax about the risks associated with opioid use.

It’s true, Doctor, some argued, that while a few patients might get in trouble, it’s probably their own fault. But surely, the problems of those few shouldn’t prevent you from using opioids to treat the vast majority of your patients, whose suffering is legitimate and who will never abuse the medication, or your trust.

Back to cannabis: I can’t help noticing how open the public is to such arguments. Seems to me that we should be more skeptical by now.

So if it turns out that cannabis does have some hidden consequences, I guess that shouldn’t come as a surprise.