Like many rural areas, Taos County sees high rates of shockingly young students taking to heroin and alcohol. And like most of New Mexico, infrastructure and resources are stretched thin. 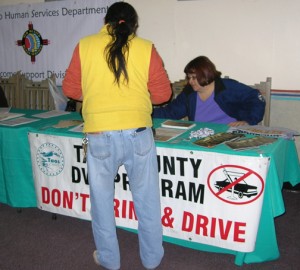 On Wednesday, October 24th, we got to be there for it.

Taos County, New Mexico, turned out for a “Community Summit” with the theme: “Promoting a Recovery-Friendly Community.” Although Taos is a large county (2205 square miles) it’s sparsely populated: Less than 33,000 people. The county seat, Taos, is famous as a ski resort, artist community, hiking destination and vacation spot all out of proportion to its population of 5,700 people. There are no other large towns, though several communities are scattered along the rural highways of the county- Questa, Arroyo Hondo, Ranchos de Taos, Red River, Chamisal.

It is a beautiful place, with an unbeautiful problem: Substance abuse. Taos County ranks high among New Mexico counties in mortality related to alcohol and drugs: Prescription overdose, suicide, alcohol-related accident fatalities. Like many rural areas, Taos County sees high rates of shockingly young students taking to heroin and alcohol. And like most of New Mexico, infrastructure and resources are stretched thin.

So, when a small group of Taoseños started to ask the question, “What would a recovery-friendly Taos look like?” they thought of bringing people together for an event, to talk about how the community could form a positive response to substance abuse. They formed a steering committee that included representation from the courts, from health care, treatment providers, from Taos Pueblo, prevention groups and more. They went to local leaders and got donations.

And we were honored when they asked our advice. We steered them to Social Media, not just because it’s a great communication tool when you have a lot of distance to bridge, but because it allows people to participate on their own terms. And it could form a matrix for long-term action and organizing even once the event was over. So they set up a Facebook page, and a blog, and a Twitter profile. They didn’t neglect traditional media: They sent out press releases, they placed ads, they did radio spots. With luck, they hoped to attract maybe a hundred people- a good turnout for a community like Taos County.

There were more than three hundred people at the Summit.

What did we hear?

The most important message was: Taos County is ready to look at positive strategies.

High school students, using poems and videos, expressed their anxiety that seeking help would lead only to drug court and “being treated like criminals.”

People talked about the “conspiracy of silence” that keeps families from asking for help to deal with problem drinking or drug use, because “people will know, and there will be shame.”

From the medical community, the legal system, the churches, we heard frustration: They want to help. But how to connect? How to break out of “silos” bounded by assumptions about their roles?

Taos Pueblo spoke eloquently of the social and economic factors that promote substance abuse and inhibit people from addressing addiction for themselves, their families, and their community.

Many people were astonished to find thirty-five “resource tables” showcasing services and programs available in Taos County- everything from prevention to family support. “I had no idea…” we heard again and again. Even providers were saying “I had no idea…” A lot of networking happened throughout the day.

Again and again, the message was reinforced: We’re ready, we’re motivated, let’s make change happen. The organizers commited to producing a full report on the Summit, incorporating all the notes from the breakout sessions and the open mic suggestions. They’ll post it on the blog and distribute it in the community. They invited all the attendees to connect using social media- “Like” the Facebook page, “Follow” the Twitter profile, subscribe to the blog. Where will it go from here? Hard to say- we’re not from Taos, we were just observing. But it was exciting, and we’ll continue watching this real live effort to build a recovery-friendly community!

Oh, and my personal favorite from the day? During the open mic session, several recovering Taoseños stood up, and shared their experience of recovery and the strength it brought to their lives, and their willingness to share that strength in the community. “Anonymity is great,” said one “but I’m proud to be recovering and proud for my neighbors to know it, and know I’m willing to help.”

[…] Like many rural areas, Taos County sees high rates of shockingly young students taking to heroin and alcohol. And like most of New Mexico, infrastructure and resources are stretched thin.  […]