It’s also not too difficult to create a ‘homemade’ variety using raw ingredients purchased on the dark web and a common pill press. 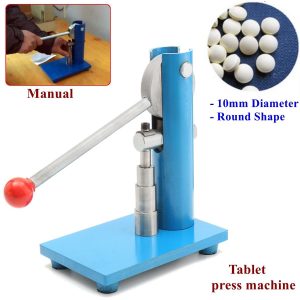 More bad news: the next wave of overdoses, fatal and otherwise, will probably feature “lookalikes” for common drugs of abuse, such as Oxycodone, Percocet, Xanax. Here’s a very informative piece about recent activity on that front.

The fakes usually incorporate fentanyl, an opioid which is more potent and less expensive than ‘the real thing’, and therefore increases both desirability and profit margin. Fakes made in China can cross into the US from Mexico or Canada. It’s also not too difficult to create a ‘homemade’ variety using raw ingredients purchased on the dark web and a common pill press (like the one in the picture). Those come ready to make fake Oxy or Xanax. Some are capable of producing several thousand pills an hour.

Though fentanyl is the usual prime ingredient, some areas have seen a rush of more toxic varieties, including a Percocet lookalike that later turned out to include something truly awful — U-4770, a little-known synthetic opioid analog that sent people to the hospital in crisis, including organ failure, stroke, sepsis, etc.

Lookalikes have been around forever, but at first as substitutes that could be sold on the street or in the dorm as the real thing, to whatever sucker (I mean, unsuspecting customer) was willing to pay the discounted price. Often they were harmless. The idea was to grab the cash and go. The customers weren’t likely to call the cops anyway, were they?

So why are we now seeing dangerous drugs in the form of fake pills? Are they trying to kill off the  customer base?

I’m afraid the answer will turn out to be something banal in the way of evil: Either the maker doesn’t know what’s going into the product, or it’s simply convenient to use up whatever is at hand, or most depressing of all, he or she really doesn’t care. After all, they won’t be around when things go wrong.

We should be seeing a major public education campaign to discourage people from using drugs that aren’t purchased in their original packaging through a legitimate pharmacy. That makes sense, doesn’t it?

Perhaps Big Pharma could fund it! Might help offset the outrageous prices they often charge.