The evidence suggests we do not yet have a Krokodil epidemic. Although the media seems to do its best to help create one. 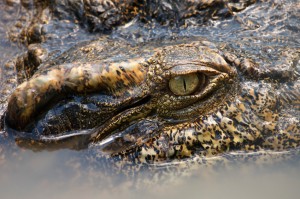 This is the legendary ‘flesh-eating’ drug from Russia that’s been making the news on a regular basis for some months now. A recent trashy headline: “Krokodil Could Be Spreading Across U.S”

This sort of publicity makes some of us cringe a bit. We know there are addicts who instead of recoiling in fear and disgust will rush out to try the stuff. Why? It’s not a death wish. They’re entranced by the idea of something new and more potent that might allow them to re-experience the ‘high’ of drug use. That ‘high’ has largely disappeared as their tolerance has increased to the point where ordinary street opioids are just not strong enough. They think, maybe this will work…

When it comes to such phenomena, publicity is a mixed blessing at best. It’s comparable to what happens when the police appeal for help from the public in locating a criminal or a missing person. They know it’ll bring a wave of information that’s for the most part completely valueless. They’re just hoping to mine a couple helpful nuggets.

Remember the first wave of reports on autoerotic asphyxia a couple decades ago? One of our psychiatrists was asked to appear on talk shows to educate the viewers about this odd practice, which involves hanging, strangling or suffocating yourself (sometimes with a plastic bag over your head) while masturbating, with the goal of a more intense orgasm. Our other docs cautioned that publicity could have an adverse effect, encouraging some viewers to go out and try it for themselves. (Common knowledge in the mental health community, by the way.) Our psychiatrist went on the show anyway, arguing his duty to warn the public. Also, I think he may have needed the exposure to drum up business.

Back to the present: how dangerous is Krokodil? it’s desomorphine, a potent opioid, and those are always dangerous. But Krokodil is often adulterated by street ‘cooks’ with a variety of toxic contaminants that increase the hazards of using it. And like other injection drug users, Krokodil addicts are vulnerable to infections of the blood, or the skin and tissue around injection site. Those infections are responsible for some of the physical damage seen in those awful videos from Russia.

Do we have a Krokodil epidemic? We have an opioid epidemic, driven by prescription drug use and increasingly by heroin (because heroin is cheaper and more available). We have a pretty dramatic increase in diversion and abuse of buprenorphine and also of methadone. But the evidence suggests we do not yet have a Krokodil epidemic. Although the media seems to do its best to help create one.

Why does this drug get so much media attention? It’s the squick factor. The pictures are gross, the drug is new, and that makes for good TV.

If the Krokodil problem does escalate, there are legitimate organizations that will likely warn us. Here’s one: The Center for Substance Abuse Research (CESAR).

Anyone can check their websites for updates.