So if… the real problem at this late stage isn’t the lack of a plan but the absence of motivation to implement it– then what’s in the way? 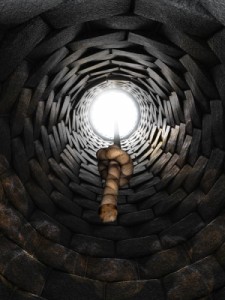 The NYT published an editorial on eight steps America should take in addressing  our opioid epidemic. If it feels like you’ve read articles like this before, that’s because you have.

Maybe it’s because of my experience in addiction counseling (and the biases that go along with that), but I view the current opioid epidemic, now in its second decade, as a problem akin to intervening with someone who desperately needs help for addiction but doesn’t recognize that. They can’t see the problem, therefore they’re unable to motivate themselves. We have to help motivate them.

An intervention often begins with a reversal: Instead of asking ourselves what we can say or do to convince them to change, we ask: “Why aren’t they already motivated? in response to the many, many problems already in evidence?”

Same for America. We’ve been hearing about the opioid epidemic for years now. But overall, people  seem to agree that things are growing worse. If we know what we need to do, why haven’t we done it?

We might divide the barriers to change into three broad categories.

First, the distorted attitudes and beliefs that interfere with motivation  and present themselves in the form of objections to change. These inevitably come up during a traditional intervention and need to be effectively addressed by the interveners.

Next, stigma— especially the sense of shame associated with having a problem. That’s what turns a medical diagnosis into an accusation– of weakness, personal irresponsibility, immorality. No wonder people with drug problems don’t leap into the arms of helpers. To them, it can feel like a defeat, not a victory.

Last but far from least– the actions of others. It’s in the nature of addiction to continue use in spite of the problems it causes (that’s how we recognize it). The mystery is how things can go on for many years without change. For an individual with a drug problem, that ordinarily involves the support of other people. When somebody does get into recovery, they often look back with amazement at how much they depended on help from others, just to hold things together. If those “others” understood at the time how much influence they really had, it might have been turned to the service of change.

And that’s what happens in an intervention– the influence of others is turned towards change, instead of towards perpetuation of the status quo.

In the case of America, those “others” would be us.

For now, let’s just say that when I read an editorial like the one in NYT, I’m wondering why such articles are still necessary. It’s clear that simply having a plan is not enough. Why haven’t we put it into action?  Answer that question, and overcome the barriers that stand in the way, and change, I believe, will follow.