Seniors With Addiction Have Special Needs

That doesn’t mean you need a program that treats senior exclusively. It does suggest that you should concentrate your efforts on programs with access to physician care beyond simple detox. 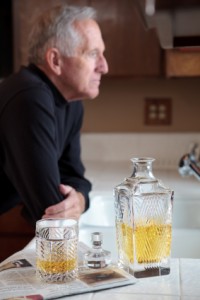 Our family has decided on an intervention on my grandmother, 65, who has been drinking alone every night and taking too many pills and has had some bad falls that landed her in the hospital. We’re trying to select the best residential program for her and have been advised that working with seniors is different from other patients. Is that true?”

Generally, yes. The diagnosis is still alcoholism and/or drug dependence, but in real life seniors may have special needs in three areas:

That doesn’t mean you need a program that treats seniors exclusively. It does suggest that you should concentrate your efforts on programs with access to physician care beyond simple detox. And it’s always worth your time to look for something close to home, so that continuing care is easily accessible.

By the way: how prevalent is the problem of drug and alcohol dependence among seniors? Some data that crossed my desk recently;

A study of 3,308 clinic patients in California found that 34.7% of drinkers were considered high-risk, with more than half falling into at least two of the three risk categories. Patients ages 60-64 were twice as likely to be at-risk drinkers than those over age 80, and risk was also higher among drinkers who were more affluent and less educated.” — from Journal of General Internal Medicine.

That’s a little scary given how many people in that age group lack ready access to good healthcare.