The goal of treatment is to maximize chances for a successful outcome. But ultimately, to drink or not to drink remains the alcoholic’s choice. 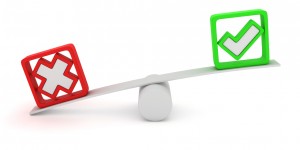 How do you explain success rates of treatment? Families are always asking me, and they never seem happy with the answer.”

I attended a workshop where the presenter asked former smokers to raise their hands (I was one of them). He inquired as to how old we were when we had our first cigarette; how old when we began to seriously think about quitting; and finally, how old when we quit for good.

There were some really big gaps between those three events. As much as thirty years. A few quit successfully after the first attempt, but more had relapses.

And all of us were eventually successful. Think about the folks who never quit at all.

His point: recovery from addiction –and smoking is an addiction, as far as I’m concerned– is a slow process that varies significantly among individuals. You could call that the ‘natural history’ of smoking cessation.

It’s not too different for the alcoholic or the drug addict.

He or she ordinarily begins early, as a young teen, and doesn’t seriously consider stopping until there are some clear consequences. Those consequences have to mount before they actually motivate attempts to quit. And initial attempts often fail, right?

Treatment can occur at any point along this curve. The goal of treatment is to maximize chances for a successful outcome. But ultimately, to drink or not to drink remains the alcoholic’s choice.

It isn’t like society closed all the bars and liquor stores or banned beer commercials to make it easier for him. He has to quit in an environment that doesn’t particularly encourage it.

Some addicts make the transition to recovery faster than others. But we can’t predict outcomes for a particular individual. Two of my women friends completed a prestigious inpatient smoking cessation program. They were around the same age and motivated by the same problem: lung disease. One never picked up another cigarette. The other still smokes today, and will probably die from it.

Why did one respond and the other not at all? Your guess is as good as mine.

I tell a story about a TV appearance I made with a young man who had over a year of successful recovery. I asked him where he went to treatment. “Which time?” he wanted to know. He’d actually been to four programs, inpatient and outpatient, before finally ‘getting it’ (his term). It wasn’t that three programs failed before one succeeded; he believed that all four were necessary to his eventual recovery.

So that’s the way it stands, here in the early part of the 21st Century. Maybe someday we’ll find a cure and that will change.