Instead of becoming inspired to turn his life around, he seems to have figured, “OK, crisis averted. Let’s go get a beer.” 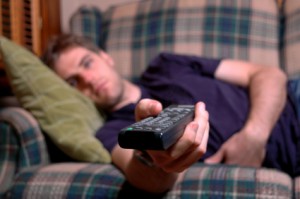 Our son just turned 26. About a year ago he went on Suboxone maintenance following an arrest for possession. He had a problem with Vicodin since his late teens, although we didn’t know it. He gets the medication and is tested every so often. No counseling. He’s still drinking, more than before. He moved back into our basement and doesn’t do much of anything but lay around and play video games. We try to encourage him but it doesn’t work. Is this typical? Could we try something else?”

I don’t know if it’s typical, but you’re far from the first case I’ve run across. Look at it as a problem of motivation. He sought help in the first place to avoid a consequence of his drug use. Once he was on the medication, the consequence faded, taking his motivation with it. What you see is what’s left.

Maybe you expected your son to learn a valuable life lesson from his experience, but he didn’t. Instead of becoming inspired to turn his life around, he seems to have figured, “OK, crisis averted. Let’s go get a beer.”

Just IMO, this is what sometimes happens when we rely too much on medication and neglect behavior and attitude change. Really, how different is your son’s life from a year ago? In some ways, he’s a lot better off; in others, maybe not.

Consider some type of family intervention, designed to get your son out of his rut. My guess would be he isn’t any happier about the current situation than you are. See an intervention specialist for a second opinion. I wouldn’t count on him ‘seeing the light’ on his own.

Hello. Suboxone only works slightly if at all in terms of “recovery” ur son must have a spiritual awakening through the 12 steps to recover from the deserve of addiction he suffers from. Opiates take away our motivation after long term use it can be hard to find it again. I recommend methadone over suboxone also consoling maybe an outpatient program. Trading one drug for another will just lead down a progressive path back to his drug of choice. Unless he gets true help from AA NA HA any 12 step program applied and truly followed in ur life will bring recovery to the still suffering addict. Hope this helps.0