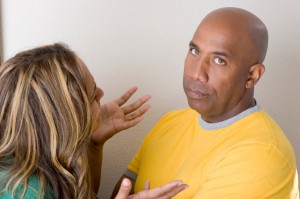 This may sound like a silly question, but I’m serious. What’s the real difference between a reason and an excuse? My husband says he’s providing me with reasons, but they sure sound like excuses to me.”

I’m chuckling because anybody who lives or works with people in active alcoholism is likely to hear a lot of excuses, along with protests that they are not, in fact, excuses.

Let me see if I can clarify the issue a bit.

A reason helps explains why something happened or didn’t happen. An excuse, on the other hand, is a justification — a way of shifting responsibility for some expectation that wasn’t fulfilled. Like reasons, excuses can be valid or invalid.

Example: Why does the sun rise in the East every morning?

But you can also provide an excuse for not knowing the answer.

You get the picture.

It’s sometimes difficult to tell the difference just on the face of things. You may have to look deeper, question more closely.

People in active addiction generate more excuses than the average person, for two reasons. First, they’re prone to disappointing others, and are called to account. Second, they must avoid acknowledging the actual reason for their strange behavior– which will have something to do with drinking or drugs.

It’s a difficult position to be in. Takes enormous creativity to fabricate plausible excuses that somehow, ultimately, fail to convince anybody.