You understand, on an emotional level, that you’re not really alone, and that everyone isn’t looking down on you for being who you are. 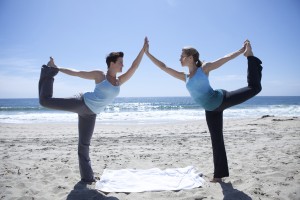 There’s been a lot of discussion of transgenderism in the news lately. I couldn’t help noticing some common features with addiction recovery. After all, both represent a profound life transition.

Psychologist Aaron Devor broke the process down into fourteen identifiable stages instead of the usual usual five or six.  Two in particular caught my interest: witnessing and mirroring.

Witnessing refers to the importance of having something crucial to your identity– that you suffer from addiction, for instance– confirmed by an observer who you see as both knowledgeable and impartial.

For most of us, that’s a physician or psychologist trained to diagnose. We may have heard essentially the same thing from our own family members, but dismissed it on the grounds that they were biased. That’s one reason therapists are trained to strive for objectivity– their patients are more likely to pay attention to an observation that seems impartial. There’s plenty of research as to the positive impact of a physician talking to a patient about his/her drinking. It’s seldom enough by itself to motivate real change– addiction is too strong– but it helps.

Mirroring is about ending isolation. Devor says many people in gender transition benefit from meeting and talking with people like themselves, hearing their own story (or at least parts of it) reflected in the experience of others. That’s certainly important for someone new to recovery from addiction. It’s that feeling of belonging that serves as antidote to the isolation of the practicing addict. You learn about those who walked this path before you. You understand, on an emotional level, that you’re not really alone, and that everyone isn’t looking down on you for being who you are.

For many addicts and alcoholics, the witnessing process takes place in treatment, during sessions with the doctor and therapist. The mirroring process may also begin in treatment but continues via involvement in self-help groups (which as a number of you have already pointed out, are really all about mutual help.)

Mirroring may explain why so many recovering people find meaning in 12 step attendance or treatment center alumni groups, even years after their last drink or use. It’s not just the reminders. It’s not just the pleasant socializing. It’s the need to feel that you truly belong somewhere.

Even if you’re not doing much more than sitting quietly in the back of the room.