It was never really about the job, or an article in Time, or anything except his own fervent desire to keep drinking and prove everyone else wrong. 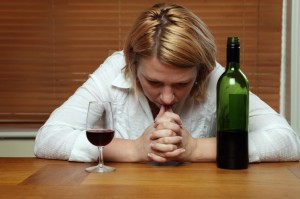 I never had much luck with alcoholics who wanted to moderate their drinking rather than give it up altogether. One case sticks out in my mind: a 42 year old ex-Army officer working for a private contractor. He claimed his livelihood depended on social drinking. “You ever tried to do business in Russia without drinking? Not possible,” he insisted. Then he showed me an article he’d cut from an issue of Time or Newsweek and stated flatly: “This is what I want to be able to do.”

The article was on a program to teach the alcoholic to drink in a controlled fashion.

I shook my head. “I wouldn’t know how to help you. But this fellow says he might be able to.” I sent him to a psychologist who’d recently been profiled in the local media for his ability to help alcoholics moderate their drinking through therapy.

Apparently this client was not among his successes, because he looked me up during two subsequent admissions to detox. He admitted he’d dropped out of therapy when the psychologist had advised him he wasn’t making enough progress.

“Why not just quit alcohol altogether?” I suggested. “Can’t make you feel worse than you feel now.”

“Because I know I can do this.” He launched into a review of his many career triumphs, as if that mattered.

“Is it still about the job?” I asked. “I left that job months ago.” he replied.

Of course it was never really about the job, or an article in Time, or anything except his own fervent desire to keep drinking and prove everyone else wrong. He was committed to that in a way I suspect only an alcoholic can be. Anyone else would have given up long ago.

This patient may have left the active duty military but he was still at war, only now with his escalating drinking. It was a losing battle. I figured that eventually he’d reach that stage known as being ‘sick and tired of feeling sick and tired’, and perhaps then reach out for help. Who knew how long that would take him?

In The Art of War, ancient Chinese General Sun Tzu stated that ‘he who knows when he can fight and when he cannot will be victorious.” I think Sun Tzu would have understood the experience behind AA’s First Step.