He can recite the Steps and thump the Big Book with the best of them, but somehow missed out on one of the truly important lessons of most people’s recovery — the need for a degree of personal serenity. 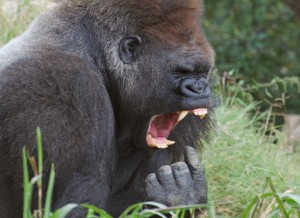 I was talking with an old friend about his experience with his father’s recovery. “Our family did the whole sequence: intervention, inpatient treatment, follow-up counseling, family therapy. And it worked,” he reported. “My dad never took another drink. But he never stopped being angry, either. The years passed, things went well, he had a lot to be thankful for, but even then, there was always that anger bubbling beneath the surface. I don’t think even he could have told you exactly what he was so mad about. Just everything, I guess.”

I recalled this recently because I happened to run into a guy with 30 years in AA about whom I might have said pretty much the same thing. He’s successful in business, family is intact, he has much to look forward to as he nears retirement, including being able to continue working on his own terms if he feels like it. Many men I know in that age group would be very happy to exchange their lot for his.

But this is someone whose behavior resembles that of a geyser:  Every so often, there’s an eruption. I don’t know what his blood pressure is like, but I imagine it ain’t good. And the eruptions are usually over fairly small slights or frustrations– not big stuff, but he can’t seem to let it go until there’s a giant  popping sound that can send others in the vicinity to hunt for cover.

He can recite the Steps and thump the Big Book with the best of them, but somehow missed out on one of the truly important lessons of most people’s recovery– the need for a degree of personal serenity, versus stewing in one’s own resentment. Somehow he stays sober, although if somebody called me this afternoon with news he’d relapsed, I wouldn’t be at all surprised. Frankly, I’m amazed he lasted this long.

But that’s just more evidence of the remarkable strength of the alcoholic’s will. Far from lacking willpower, many have an excess of it– just pointed in the wrong direction.