In other words, they may also be engaged in professional treatment, attending live support groups, seeking medical or mental health care, or some combination of the above. 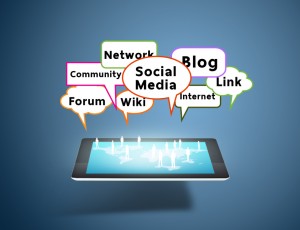 An article in the Washington Post recently touted a community of peers supporting one another in recovery from alcoholism, using a social media forum known as Reddit.

I’m generally supportive of the Internet as a recovery tool, provided that the advice people get is based in sound recovery principles. This particular format seems fine to me. The article, like so many in the popular press, is a little overenthusiastic. There’s certainly nothing unusual in recovering folks helping one another stay clean and sober. And although the forum has more than 30,000 subscribers (an impressive number), only about one in five rely on it as their sole support. For the rest, it’s presumably part of a recovery plan. In other words, they may also be engaged in professional treatment, attending   live support groups, seeking medical or mental health care, or some combination of the above. There’s a very active 12 Step community online, same for SMART and others. That’s the way it often works for recovering folks today.

In my experience, each approach will have its passionate advocates who insist it worked for them where nothing else did. But that’s not really the issue. The question is whether an approach works for some people who are in need. If it does, then it might be worth attention. But will it replace all the other options? Highly unlikely. So far, nothing has.

I haven’t seen many treatment clients for whom I believe the Reddit forum would be sufficient in and of itself. Of course, the clinic populations I work with tend towards higher acuity, meaning more severe cases with more advanced symptoms and more challenges in recovery. Online support would have value for them, but wouldn’t be ‘the answer’. So my advice would be: Give it a try, but don’t give up if it doesn’t do the trick for you.

Addiction, including to alcohol, has been around for thousands of years, in every society, at every level, whenever these substances have been widely available. If we haven’t managed to eliminate it so far, what makes us think we can do it now? I suspect your great-great-grandkids will be having similar discussions when, several generations from now, they’re in charge.

Good luck with that, I say to them.