“All my friends drink,” someone says. There’s a reason for that. 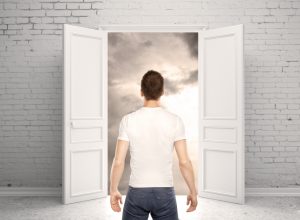 I found this interesting: a first person account of one man’s gradually increasing acceptance of the need for change, well beyond what he expected when he decided to give up booze.

For many new to recovery, it’s a real struggle to understand that. They underestimate the importance that substance use played in their lives, and how different things will be in its absence. Psychologists sometimes call addiction a central organizing principle in someone’s life — the driving force in all sorts of other choices and decisions.

“But all my friends drink,” someone will complain. True, and there’s a reason for that. “I’ll feel like an outcast.” You sure will, if you keep hanging out with those same people. “I don’t know how to have fun sober,” another laments. That’s probably true. But I recall the director of a popular vacation spot reporting that the nondrinking groups that visited his resort had far more fun than groups that spent time drinking. “It’s weird,” he admitted. “They have so much more energy than the rest of us.” Quite possibly they do.

And of course, there’s work. Some jobs are difficult to do without the aid of substances. The article’s author notes how hard it was to return to a high level of performance in his previous career, once he’d finally stopped drinking. He couldn’t motivate himself without alcohol. It was his one and only reward in an otherwise unpleasant career. Turned out the job, at which he’d excelled and earned an excellent salary, was part of the problem. It provided an atmosphere of stress and constant pressure that fueled his desire to drink. And the demands made on his time and energy made it impossible to have a normal outside life.

Truth is, there are a lot of jobs like that out there. Sometimes you have to leave them behind.

I recall one man who worked as a senior staffer on Capitol Hill in Washington. Mostly his role was to  clean up messes made by members of Congress. “Believe me,” he said, “I never had to worry about being out of work. Somebody was always pooping on my doorstep.” And I believed him when he said he was among the best at it. But the atmosphere was toxic to recovery: no fixed hours, no real vacations, no turning off the cell phone. And the added burden of needing to keep other peoples’ secrets. That’s  stress enough in itself.

After three painful relapses, he gave it up. He was anxious at the prospect of being unemployed, and the dramatic reduction in income. On the other hand, his angina improved almost immediately.

After some months of search, he found work, first as an assistant administrator in a hospice facility, and later, after completing his education, a program director at an addictions clinic. “The pay’s crap,” he claimed, “But I love the work. Especially with other hardheads like myself. And you know what? When they mess up, I make them clean it up.”

Anyway, I hope you enjoy this gentleman’s story. I suspect you might.