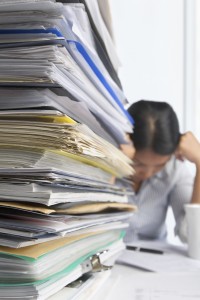 Here’s a story about the untimely death of a talented attorney from substance use. His former wife seems to think his dedication to work was as much to blame as the drugs he took.

Accounts such as this lead people to ask: Is it really the stress of the job that drives people to use drugs? Or were they attracted to that lifestyle in part because of the opportunities for drug use?

The late James Milam observed that in the early days of alcoholic drinking, alcohol seemed to improve  performance and productivity, not interfere with it. It acted more as stimulant than sedative. The drinker thus came to see alcohol as his/her ally in achieving goals, including career success.

But over the years, things began to change. The consequences of drinking began to outweigh the rewards. Developing tolerance meant it was necessary to increase consumption. The advent of withdrawal symptoms meant drinking was more about damping discomfort than getting high.

It’s not much different for opioids, another class of drugs that produce a profound physical dependence. As one longtime user described his life: “I used to get high. Now I don’t. Now dope is about the ability to function. I need it to feel normal. Without it, some days I can’t even get out of bed.”

It’s this increasing dysfunction that eventually motivates people to quit. Money is a tool that allows some to delay the inevitable. They construct a protective bubble that minimizes the risk of getting caught and other consequences. Work can be a big part of maintaining this protective bubble — that’s what keeps the money flowing.

“When I was in my 30’s, I defined success as making a few million bucks a year,” one man explained to me. “In my 40’s, it was making it into the office every day — never mind that I didn’t accomplish much when I was there. In my 50’s, after I got fired, it sometimes felt like an achievement if I could shave without cutting myself. Good thing I quit when I did: who knows how much lower I’d have sunk?”

At some point, every person with addictive disease faces a decision: stop using, or risk everything, including death.

Unless something terrible happens, and they don’t make it that far. Then the decision is made for them.