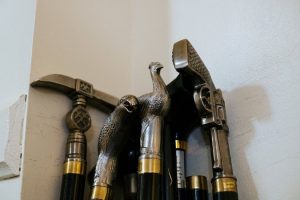 This story comes from a New York Times article about an individual whose recovery began in his early 50’s, after decades of what most people would term “failure”. I learn a lot from stories like this, and from the people who tell them. First thing I want to know is, how’d you do it?

It’s a familiar tale, beginning with a family riddled with drugs and crime. Started using as an early teen and quickly added alcohol to the mix; wound up in prison, which for addicts of that era was a bit like being in suspended animation; eventually, “sick and tired of being sick and tired”, found his way to rehab and a 12 Step meeting. Then, in recovery, he persisted — putting one foot in front of the other, addressing problems as they arose. Chronic depression, an unstable living situation, and a host of significant medical issues.

For me, it was a reminder of several simple but important truths:

First, even after substance use stops, people still need help. In this man’s case, “help” meant 12 Step participation, psychiatric treatment, extended medical care, home health aid etc. Oh, and food to eat and a safe place to live. In other words, a “rebuilt” life. That’s not something that can be assembled quickly or without considerable effort– it takes time and persistence. And there are barriers to overcome.

Speaking of barriers, our systems are part of the problem. They’re plagued by fragmentation. It’s an issue even for the highly motivated. And although we (the public) are quick to point fingers at our social services whenever a tragedy occurs because someone was permitted to “fall through the cracks”– as a society, we’re far slower to supply the resources, financial and otherwise, to close those same cracks. So maybe some of the blame is ours.

People in recovery often derive benefit from helping others. Please understand: this is not based in guilt or obligation. Its source is a feeling of gratitude for recovery, and compassion for those who still suffer. As one man explained it: “When I can help somebody in need — somebody like I was — I feel better, even if occasionally they don’t.” I suppose you could call it food for the soul. It makes sense to incorporate the recovering community– which by the way, is much larger than it once was, and in many ways, thriving– into the helping process. But just as many professionals mistrust former patients (mostly because they’re not professionals), many folks in recovery mistrust professionals, on the grounds they haven’t “been there.” It’s doubly unfortunate because sick people may require the assistance of both.

As always, it behooves those of us in treatment to set aside our prejudices in favor of whatever works best. Easy to say, of course. If there’s one drug we all have difficulty giving up, it’s prejudice.