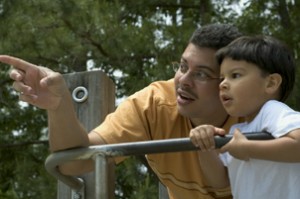 This topic came up via an article in The Guardian on efforts to address the special needs and problems of children of an alcoholic parent. The article’s focus is on the UK, but here in the US, it was a popular topic in the 80’s and 90’s, spurred by the Adult Children of Alcoholics movement and several best-selling books.

The theory: The experience of growing up with active alcoholism– later expanded to include other forms of family dysfunction– led to predictable long-term patterns in terms of emotions and adult behavior. Left untreated, it would be negatively impact life satisfaction and relationships in adulthood. For an example, here’s a “Laundry List” of traits published by one organization:

I don’t want to give the impression that the movement disappeared over time, because it hasn’t. But there does seem to be less interest in the notion of treating it as a separate disease or syndrome, and more interest in addressing it in the larger context of childhood trauma. That does seem to be supported by findings from the massive Adverse Childhood Experiences (ACE) research project, described in this Wikipedia entry.

However we defined it (and like most things in mental health, periodically redefined it), there remains  general agreement that being raised in a home or family with a troubled parent can and does have adverse impact on adult behavior. It’s more a question of how much impact and the different forms it can take. It’s one of those issues that invariably arises in therapy, regardless of the presenting problem. And I’d hazard a guess that most children of alcoholics never find their way into counseling. Too much stigma. Too much remembered pain.

Sometimes the alcoholism is in a sibling rather than a parent. Donald Trump’s elder brother, for instance, died of it. According to one insider account, Trump’s idea for an opioid prevention campaign was to show the public photos of stacked bodies. Collective response from the addictions field: Been there, done that, does not work. But we’ve all encountered that same attitude in the past– It’s born of personal experience with failure, in the form of a loved one who never recovered.

The subject also comes up with children raised in environment where other drug addictions are present. Traumatic experiences, large and small, abound. For instance, the young man, now a counselor, who describes how it felt, at age 12, to prepare his mother’s meth injections. Or the woman who vividly recalled being given hot wine laced with heroin, as a child, to help her go to sleep.

Those may seem like extreme examples, but they aren’t exactly uncommon. When it comes to addiction, extreme is often the rule.