Isn’t that a bit like the drinker who insists he’s fine except that he just drinks a whole lot more than other people? 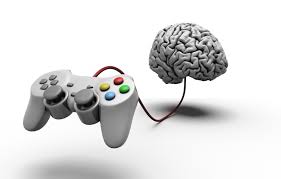 Here’s an interesting piece from the New York Times on the question of whether video games should be considered addicting. The authors argue against it.

Ultimately, it depends on your definition of addiction. That’s especially the case where there’s no drug involved. The so-called ‘behavioral’ addictions are a continuing subject of controversy. It took a while for gambling disorders to make their way into the DSM, even though there’s never been a shortage of serious problem gamblers. Sexual addiction still hasn’t made the cut. Perhaps it won’t.

The authors acknowledge that gaming can activate the brain’s reward system, but counter that the amount of dopamine involved is far less than with, say, the amphetamines. Maybe that’s true, but so what? It doesn’t necessarily mean video games can’t be addicting in vulnerable individuals. Besides, video games are often used as a tool for gambling (see: video poker). People can become quite compulsive about that, too.

The authors go on to argue that the vast majority of video gamers do not develop problems with it. The figure they cite is 1%. Sounds low, but even if it isn’t, there are an estimated 1.8 billion gamers worldwide. Over a billion of them use a PC rather than a game console, and the average age is 35. So even if only 1% develop problems, that’s… well, you do the math.

Finally, the authors cite research that suggests that dedicated gamers experience no significant consequences — other than the obvious, which is spending a whole lot of time playing video games. Isn’t that a bit like the drinker who insists he’s OK, he just chooses to drink a lot more than others? Or the drug user who claims his only real problem is that he can’t stop?

The authors conclude that portraying video gaming as an addiction is a way of turning normal behavior into an illness. That’s an extension of a longstanding argument within the mental health professions, concerning the difference between normal and abnormal behavior. It’s come up with respect to a whole range of psychiatric disorders, perhaps reaching its height in Szasz’s famous proclamation that mental illness itself was a myth.

It’s a debate I won’t try to resolve. At least not until everyone agrees on some unified definition of terms such as addiction and normal and disease.

Which they likely never will. So I think I’m safe.