It’s often true that the folks who are technically most misinformed on an issue have the greatest degree of confidence in the rightness of their beliefs. 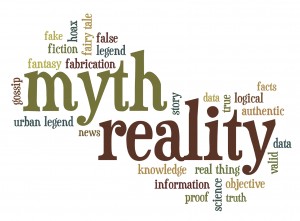 We often treat people entering addiction treatment as if they’re uninformed when in reality, they’re misinformed. Turns out misinformed people can be far more challenging to convert than the uninformed.

You may recognize this difference from political discussions. It’s often true that the folks who are technically most misinformed on an issue have the greatest degree of confidence in the rightness of their beliefs. Somehow, for them, demonstrably false ideas have become fact.

How? Usually in two ways. First, someone they trust (some authority) has told them it’s true, and they believed that source. Second, the misinformation somehow ‘fits’ their belief system. Meaning it doesn’t contradict other very important beliefs they may want to hold onto. They’re comfortable with it.

The result: An intelligent person who happens to have a strong commitment to ‘wrong’ ideas. And is very resistant to ideas that contradict them.

A question: Where do most current addiction clients get much of their knowledge of and beliefs about drugs, alcohol, addiction and recovery? Often, from other drug users. Active addicts tend to gravitate to people whose own substance use resembles theirs, forming a peer culture around drinking and drugging. That’s more obvious with heroin or crack, of course, but true for heavy drinkers as well. Visit a well known ‘watering hole’ in your community, and see who’s at the bar, offering free advice.

It’s online, too. Check out some of the forums dedicated to active drug use. There’s little or no questioning of the value of drugs. When reports come in of disastrous outcomes (which they do), they’re quickly interpreted as the result of ‘mistakes’ or technical error. Correctable, of course. Nobody is encouraged to stop trying.

I’ve long seen the function of counseling as to help alter the client’s paradigm. Users arrive in treatment with a set of beliefs that run directly counter to the goals of recovery.  They may acknowledge some of the difficulties related to substance use while vigorously defending other aspects of their behavior. They may insist that some sort of chemical solution to the problems of living must exist. Or they may pine for substances as if drugs and alcohol were a lost loved one rather than a barrier to happiness.

Attitudes such as those are a real challenge in recovery. They must be replaced by newer, more recovery-positive ideas.

Call it a change in viewpoint from one that interferes with recovery to one that supports it. This shift is a major part of what has to happen in counseling. Unfortunately, if it doesn’t occur, relapse can be a fait accompli.

We’ve learned to avoid pointless arguments that just make the misinformed more resistant. The best tool for addressing misinformation is education in the form of lessons that are:

We’ll come back to that subject later.