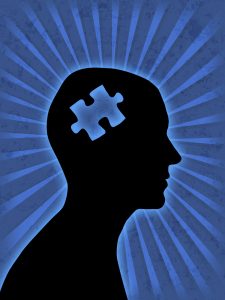 We’ve heard stories over the years about patients who’ve faced great difficulty when they stop antidepressants following a long period of use. The issue seems to be drawing new attention from  clinicians and researchers. One of several recent articles on the subject:

It’s true that most research focused on the first few months of medication use– the so-called stabilization phase. But that means prescribers have had very little good research to rely on when making decisions about continued use over the long term.

An example: Dr. C., medical director of a 28 day rehab program, made it a practice to start patients on antidepressants immediately following detox, provided they were showing symptoms of depression. His rationale: since the meds took several weeks to show effect, better to start them promptly, while an inpatient, when the patient’s response was monitored. Then, assuming things went well, he would discharge the patient with a script for the medication and a recommendation to see their own physician for followup.

He thought that this approach worked quite well, based on the fact that he rarely if ever received a complaint from a former patient or a referral source. In his own private practice, he liked to leave the decision about continued use up the patient. If s/he felt the meds were still helping, he was willing to continue them indefinitely. Even years? “Sure,” he told me. “Why not?”

There are some risks involved. Followup contacts with former rehab patients can be spotty at best. In the absence of complaints, the prescriber can be tempted to assume things are going well, when in fact they aren’t. Adverse events involving antidepressants medications are actually quite common– resulting in as many as 90,000 ER visits in a single year.

That’s far from ideal. But the new generation of antidepressants, Prozac and Zoloft among them, became so popular that patients often requested them. The prescriber would think, well, why not? If they help someone stay clean and sober…

But do they? Again, the research is incomplete. And when it came to tapering off after extended use, patient experience could vary widely. Two examples:

R., a mental health nurse practitioner, used an SSRI for 10-18 months at a time, on three different occasions. First, in grad school, during a period of stress. Then in her early 30’s following a miscarriage. Finally, after a divorce. In each instance, she felt the medication was effective and the taper, under the supervision of her psychiatrist, presented no real challenge.

D., a hospital social worker, used an antidepressant daily over a ten year period. He began experiencing symptoms almost as soon as he began to taper. They included sleeplessness, panic attacks, periods of great sadness and even suicidal thinking. He was briefly hospitalized at one point. Over time, the symptoms gradually disappeared, but he reports it was almost three years before the discomfort was entirely gone.

There are a number of possible explanations for these disparate responses, but that what research is for: to provide us with the answers.

Now science will have go back and reconsider. It’s not the first time.