The relative importance of set and setting suggests that the environment in an LSD experience should be carefully controlled. 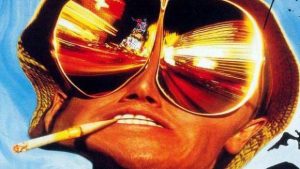 A recent article on The Guardian website discussed new findings re LSD’s action in the brain. The editors have been supportive of resuming research on illicit drugs, including hallucinogens, based on their promise in psychiatric care. Still to be determined: whether or not that promise will be fulfilled.

From the article: “…parts of the cortex…become flooded with signals that are normally filtered out to prevent information overload…The drug allowed more information to flow from the thalamus, a kind of neural gatekeeper, to a region called the posterior cingulate cortex, and it stemmed the flow of information to another part known as the temporal cortex.”

The terms may be unfamiliar to you, but the model is actually an older one. It answers some questions and not others. Certain of LSD’s effects– distortion of visual images, heightened sensitivity to color or sound, lingering afterimages sometimes called “trails”– are fairly well understood. Less well understood is how something as basic as an overload of the thalamus — like overloading a telephone switchboard — can produce a host of other reported effects. Such as a feeling of loss of self, experienced by some users as exciting and potentially transformational, and by others as, well, terrifying.

It’s quite possible that factors other than the chemical — most commonly, the set (short for the user’s mindset) and setting (the environment where use takes place) — are responsible for the difference between a “good” and “bad” LSD trip. Excluding an overdose situation, of course, or a bad batch. Those are uniformly bad news.

To me, the unanswered questions suggest a need for moderately rigorous controls. Therapeutic use, for example, should occur in a structured therapeutic situation, such as a clinic, under professional supervision.

I realize that doesn’t leave much room for the sort of casual use in dorm rooms and at music festivals which dominated the Sixties and seems to have made a comeback in the 21st Century. So be it.

Please note I’m not saying that any LSD trip outside a controlled setting will turn out badly– witness the happy campers at Burning Man — but the relative risk of a bad outcome escalates in the absence of a controlled environment.

So when you read about the therapeutic value of this or any psychedelic chemical,  don’t forget that its value as a tool for self-exploration may depend upon a controlled situation and appropriate guidance.