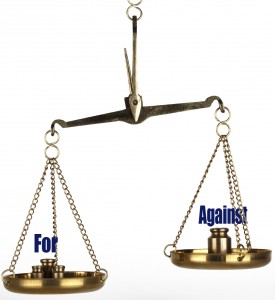 Counselors are often asked how they identify progress in their addicted clients. A former colleague boiled it down nicely: “I look for signs that the client is becoming more afraid of the disease than of staying clean and sober.”

Addicts often enter counseling with very clear concerns about the prospect of life without substances. They have questions like “what will I do to relax?” and “how do you have fun?” and “are you saying I can never have even one, for the rest of my life?”

It’s understandable once we remember that for years or even decades, substances have been the addict’s friend and accomplice. The idea of doing without is plain frightening. After all, what evidence is there in the addict’s experience that such a thing is possible? Most enter treatment having already made numerous attempts at control or abstinence, without much success. To the newbie, that’s proof positive of impending failure.

It’s this sense of helplessness that may explain why so few addicts and alcoholics volunteer for treatment without some precipitating crisis. I’ve reviewed programs in areas where in spite of the prevalence of substance problems and the availability of counseling, virtually no one seeks treatment until they’ve been arrested and referred via the Courts. In practice, that translates to two or more arrests. As one defense attorney stated flatly: “my clients don’t start to pay attention until they’ve got at least a second DWI.”

Some counselors attribute this type of resistance to denial, while others blame ambivalence towards change, but it might be best to think of it in terms of a mixture of the two. Both are characteristic of addict thinking. Psychologists sometimes describe addiction in terms of a ‘central organizing principle’ of the addict’s life, meaning that over the years its influence may be felt in every major area of function. It’s become (to the addict at least) an essential part of living. Removing it may appear to be an impossibility.

This may help explain the need for multiple treatment episodes. Try thinking of recovery as a learning process based in experience rather than the acquisition of information. There’s often a gap between knowing what to do and being able to do it on a consistent basis, in the presence of obstacles.

Clinicians often presume that if we were able to provide more services and more support, our patients would recover without relapse. I wonder if that’s really the case. Certainly, many recovering folks I’ve met have said they needed to experience so-called ‘failure’ in order to eventually to achieve success. It’d be easier on them if they didn’t, but when did addicts ever do things the easy way?

Nevertheless, I think a counselor can tell the difference between someone who’s trying to achieve recovery and someone who hasn’t yet reached that point.